At the Museum after Dark

Good to meet climate activists at Hartlepool RN Museum on Saturday night. Thanks for bringing literature. Thanks to HRNM staff, Swords, George, Ailsa and Robin. Also to Cameron Twinn, student reporter from Sunderland. Fab. bookstall run by Rose and Emily. Thanks! Amazing sword dance, smooth and slick. Anyone would think they had been dancing it since 1967! (Some have. Shhh) Great lads and lasses all and a good time had by me for one.
Hoping to meet more of you downtown at the library in Hartlepool on the 13th March from 2pm (See poster in 'Events'). 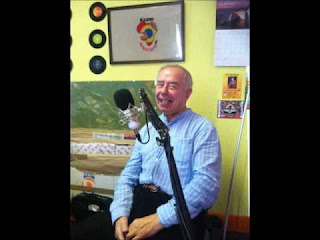 HARTLEPOOL R. NAVAL MUSEUM
22nd 7.30pm £6.50
TEESSIDE FOLKIE BOOK LAUNCH WITH PERFORMERS:
ROBIN DALE, a native of Teesside, moving documentary photographer and rubato singer of the songs of his great friend, the bard of Teesside, Graeme Miles.
www.amazon.co.uk/Songscapes-Robin-Dale
AILSA MACKENZIE, Teesside player of haunting tunes on celtic harp and dulcimer and superb singer who includes songs of Graeme Miles in her repertoire.www.celtic-harpist.co.uk
GEORGE UNTHANK, Middlesbrough-originating folk singer of deservedly high repute, well-known as a member of the Keelers, a group who sing both shanties and songs of the North-East.
www.keelers.net/george.htm
REDCAR SWORD DANCERS perform traditional English longsword dances from the North East of England and revived the Greatham Sword Dance and mummers play.
www.redcarswords.wordpress.com
ELIZA MOOD, author, to read from her debut novel, 'O Man of Clay,' on the theme of climate change and set in Hartlepool.
EVENT BOOKING: elizamood@btinternet.com   OR ON DOOR 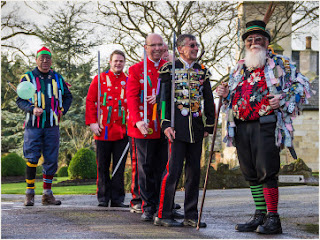 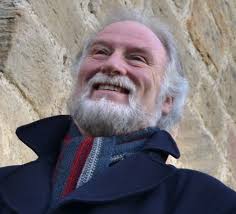 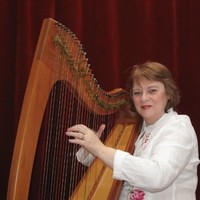 Jolly chat on t'blower with Bob Fischer @BobFischer @BBCTees last night. Museum info under events. Tickets on the door or in advance at elizamood@btinternet.com   Hartlepool underwater? What goings on. Much jollity at the event predicted. Stairwell Books www.stairwellbooks.co.uk will have a stall with some proper gems. And they're having a year of publishing women. Yay!
Email ThisBlogThis!Share to TwitterShare to FacebookShare to Pinterest


The booklaunch will be hosted by the fabulous Stairwell Books who will run a bookstall. Rose Drew of Stairwell will compere.
Amazing guests: singers, musicians, even Redcar Sword Dancers who appear in a chapter of the book.

Pig Iron by Benjamin Myers
My rating: 4 of 5 stars

A compulsive read; fascinating and sometimes horrifying by turns. Benjamin Myers writes with playful joy in oral language and with humour and compassion. The main character is of the traveller culture and, while having been cut off without a full grasp of it, he has been shaped by it and it has given him important strengths, including a strong affinity with the natural world and an enjoyment of the solitary as well as the social. The reader sees things as this taciturn narrator sees them. As he tries to get his life on track he gradually draws the reader into his situation and way of seeing. Through the little he says, his reactions to others and theirs to him, the reader catches hints of what is withheld even from himself and what brought himto this point. And all the while a parallel narrative is interleaved, evidently connected and gradually entwining itself with the main narrative as it runs on.
This is a story about inheritance, genetic and social; the inevitability or otherwise of repeating the past; whether different motives for what may be seen from the outside as similar behaviour alter the nature of the act; how far it is possible for an individual to step outside the role that is offered and assumed for him and what gives him the strength to do so. Some characters in the book are trapped by their circumstances and either do not question their position, see no way out or make the most of this to create an alternative economy, finding ways of surviving. Others look outside but find it too much to make the break. Some desire control and power within their community by violent policing of its boundaries and sub-culture. Being outside to two cultures perhaps gives the narrator an ability to see more clearly.

View all my reviews
Email ThisBlogThis!Share to TwitterShare to FacebookShare to Pinterest


A fascinating, compulsive read during which the reader feels sometimes enveloped by the fog of the river from which the visceral embodiment of the spirit of the place emerges. I finished this book wanting to begin again, feeling that though strands were knotted up, there were questions unanswered or half answered and yet that deeper truths had surfaced: what holds people, breaks them, sends them spiralling off—and that is how it should be. In the sifting of documents and oral histories, a history of the generational entanglements of members of a community emerges. This is a community that has been sold down the river, their houses gradually purchased, the people disappearing and not only to known destinations but some leaching away. The main assembler of narratives and narrator, whose identity is revealed towards the end, is searching for his own history only to understand that the process of research rather than its end is an act of transformation. Through all of the structural circularities and symmetries, resonances through generations, the well down which a character might plummet in the old waterworks, the explosions that wipe people out or allow them to vanish, the marginalised of the community have an ear to hear the watery underground drawing them, many experiencing unexpected moments of the extraordinary in the everyday. Those who, on the surface, maintain a outward polish of respectability may not be all they seem but goodness and love are found in odd corners. The sense of loss and yearning is strong; those who leave in geographical terms spend their lives obsessively trying to make sense of where they came from. And the last laugh is on green-skinned, mildew sodden Peg Powler, of course…
Email ThisBlogThis!Share to TwitterShare to FacebookShare to Pinterest

Great to meet other writers at the fiction writing workshop at at the Phil and Lit in Hexham yesterday. It was good to discuss what we were doing and our approaches and try out some writing exercises. Also to have a good writing-related natter. Some fascinating work on the way... Hope to meet up again, folks!
Email ThisBlogThis!Share to TwitterShare to FacebookShare to Pinterest