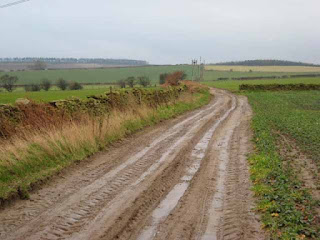 Connected by old roads. Dere Street. It may not look much at this point, but 2000 years ago, give or take, I'd have been able to walk all the way to where Stairwell Books, my publisher, is to be found, in York. I'd trudge a, sometimes causwayed, metalled road that still runs, often buried, half a mile from my house. Or, in the other direction, saunter to my mother's place in Corbridge. All of this, courtesy of an Empire - the Roman, naturally - for which we were a wild uncilvilised outpost and who departed leaving their legacy in the blood, no doubt, and etched into the landscape on which we lately scratched our own graffiti, a palimpsest on theirs.

Spun the yarn and sent it on its way, though not so effectively as this orb spider who packaged up a grasshopper. Making ready to produce its great work: a hatch of spiderlings. 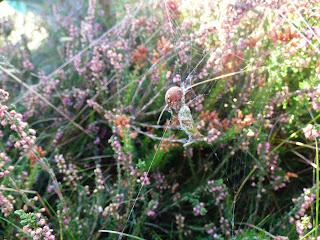 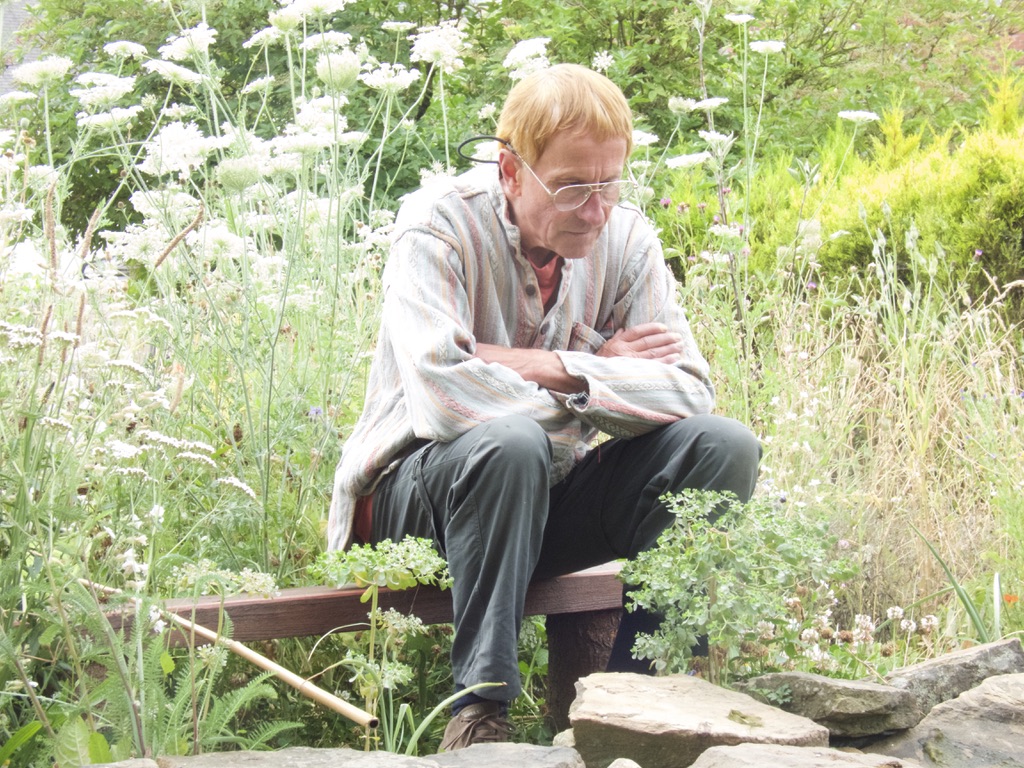 Our garden is full of blowsy wild carrot and antics in the pond have slowed from whirligigs and pond skaters to the odd ruddy darter eyeing us up and ramshorn snails drifting on the underside of fallen leaves. The odd water boatman rises or falls and David still sits and bides his time.